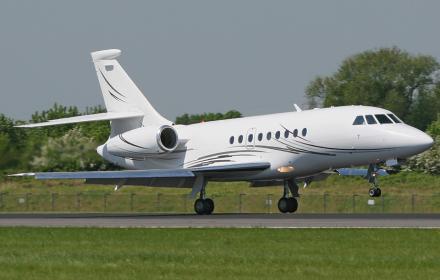 The Falcon 2000EX modification was created on the basis of a twin engine executive jet Falcon 2000. Falcon 2000 EX entered the market in 2004. It is equipped with modern fuel-efficient engines Pratt & Whitney PW308C with the FADEC control system, and its fuel capacity increased by 31% compared to the predecessor.

As a result, the aircraft’s range has extended to 7,000 km, thus approaching the long-range airliners. The Falcon model has the EASy flight deck based on the Honeywell Primus Epic avionics suite.